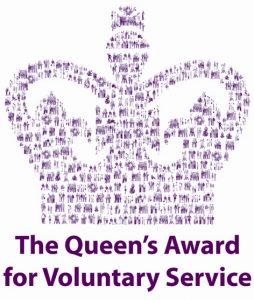 We are delighted to announce that Fleetwood has been honoured to receive the Queen’s Award for Voluntary Service 2017. This prestigious award is the equivalent of the MBE for voluntary organisations, and is the highest award made to groups in the UK. The station was nominated for the award by Cat Smith MP, and her proposal was given strong support locally – notably by Fleetwood Lifeboat and the Fleetwood Nautical College.
The official citation acknowledges our role in keeping a lookout for the safety of users of the Fleetwood and Wyre coastline, and the National Panel which advises HM The Queen particularly wished to record their admiration for the community work that we do. All of the volunteer watchkeepers share a tremendous sense of pride in having their work recognised by such a wonderful award.